Frank Olson and Don Morrison were among the most important founders of the leather scene in New York City. They were famous for many parties, at that time the major leather social events, both in New York City and on Fire Island. Frank was the principal person behind the opening of the Eagle's Nest, for many years New York's premier leather bar. During the World's Fair that took place in New York in 1964/5, the NYPD kept closing gay bars, including the leather bars. Frank kept finding new places as old ones were closed, leading the community like Moses through the social wilderness, until the police pressure abated. He was also a founding member of the gay bike club scene in New York. Frank and Don are still together and living in Pennsylvania. 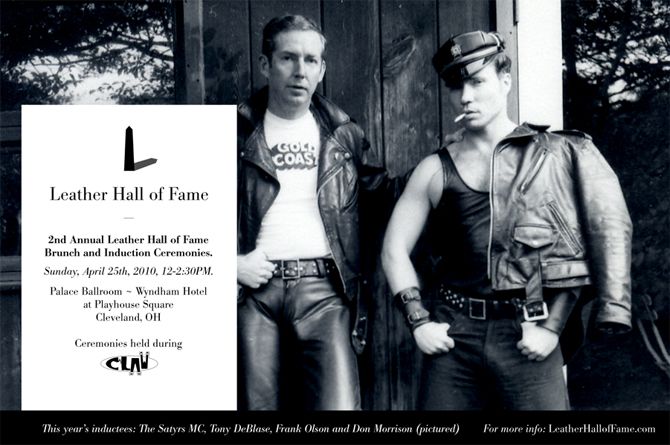