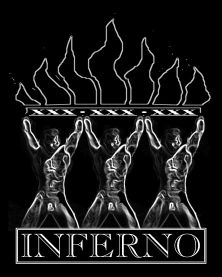 CHC was chartered on the premise of a brotherhood of men with a uniting interest in S/M play. Although the Club has faced various challenges over the years it is this special brotherhood which allows the Club to refocus its founding intention on safe, sane, and consensual S/M play combined with education among men. Club members as well as invited guests come from many walks of life, from many different places around the world and demographics which span many age  groups.During the 1970’s and 80’s play parties were held in private homes until CHC acquired a clubhouse. Members banded together to raise funds, secure and ultimately pay off the mortgage to purchase the building. CHC’s clubhouse is used for monthly play parties, member ship and committee meetings, and  educational activities and other programs. The use of the clubhouse is not exclusively members only--members can and do sponsor guests who they feel would enjoy the space, meet other likeminded men socially, learn new skills and, perhaps, consider membership in CHC.

The first four Infernos were CHC anniversary events: bar nights, with play parties run out of individual homes. Inferno V, in1976, was the first overnight event. As Inferno grew in popularity, the runs were extended into two, three-day 'sessions.'  Many attendees stay for both sessions of “S/M summer camp.” Inferno has occupied various locations with in a 200 mile radius of Chicago, including undisclosed locations in Illinois and Michigan.

CHC has adapted to change and crisis throughout its history. The AIDS crisis impacted CHC with the loss of club and community members as well as the brutal and sometimes ugly response from various sectors of the gay community. In the early days of the AIDS crisis, the leather and S/M community was often seen as too radical for acceptance by the general population as gay men petitioned the government for medical research and help. In addition, despite what is known today about HIV transmission, the early panic of the AIDS crisis cast blame and fear on the leather and S/M community as having a greater responsibility for HIV transmission. In the 1980’s, people stopped a number of activities out of fear of transmission of HIV.

As safer sex guidelines were developed, CHC adopted a safer sex policy in order to revive and sustain leather and S/M play as well as to create rules and space for S/M play to include men regardless of HIV status. All CHC play parties and Inferno play areas are monitored by Dungeon Masters (DMs) who enforce S/M etiquette, S/M safe, sane, and consensual play, HIV safer sex rules, and a no drug policy. These rules remain in force to this day.

CHC is structured to best accommodate the needs and interests of its worldwide membership. CHC seeks new members who will carry on its rich traditions. Club membership grows each year, as many in the leather and fetish/kink community continue to seek out members and membership. A growing number of “pups” and “furries” are part of CHC.


A great amount of work – including lots of tedious work – is necessary to run a successful organization. CHC has five membership categories: Full, Associate, Honorary, Emeritus and Retired. All new members of CHC begin as an Associate. In order to apply for membership, a man must be a guest for at least 12 months and have appropriate sponsorship from existing members. It is also required that a prospective member attend at least one Inferno. Meeting Club members is a lot easier than many believe as CHC members wear the distinctive Club Colors patch on their vests and jackets. As part of the decision-making process for prospective members, the Club hosts an annual "Applicants Weekend."

Inferno is attended by more than 300 men each year. Many attendees have described Inferno as a family reunion with ample opportunity to socialize with old friends, make some new ones as well as engage in many different forms of S/M play—both simple  and complicated. There are members and guests who have attended Inferno each year for most of their adult lives.

First Time for Everything

Fred Katz introduced single tail whips to the repertoire of play at Inferno IX. It was Fred’s and his long- time partners’ first time to attend the run and they enjoyed the lash of the bullwhip. Fred brought his single tail whip to Inferno without understanding the novelty at the time. Bullwhips are intimidating S/M equipment that can do significant damage if wielded incorrectly.

Once Inferno IX began, Fred proceeded to use his whip and a crowd began to gather. Fred seemed to have a natural ability to flick the whip to inflict a level of pain and damage that could be endured within a bottom’s limits. It was the first time that most in the group had seen the whip in real time, although many had seen it used in films, especially Westerns. After the scene, many people asked to see the boy’s back which had been marked with the kiss of the whip. In addition to taking off layers of skin, the whip also makes a sound that is alarming and erotic to many. In the years that followed, the number of men wielding and submitting to the whip grew substantially.

Attendees of different professions offered their services to each other. Travel industry profession als used their laptops and credentials to get people rental cars and hotels. Medical doctors attended to those with medical conditions and wrote prescriptions for medications for chronic conditions. Psycholo gists, psychiatrists, and ministers attended to emotional and spiritual needs of those in attendance as CHC members and associates worried about relatives, friends, and lovers.


For many who were there, the most remarkable and unifying moment in CHC’s history was September 11, 2001.

CHC Memories and Stories of Brotherhood

Individual CHC members, past and present, have different experiences, ages and numbers of years involved with the organization. Common themes of bonding over their passion for S/M and brotherhood are clear in how they describe their time in CHC:

– Gene has been a member of CHC for 12 years, and has attended every Inferno except one since Inferno #27, both as attendee and organizer. He recounted how the bonds of brotherhood pulled everyone through following the 9/11 attacks.  Inferno also allows Gene to "do and learn things he could not do anywhere else – including the valuable lesson of understanding what is said when negotiating a scene with a devious top AND learning to pay attention to what is NOT said (evil grin)."  About his CHC membership, Gene says,
“My membership in CHC has let me form relationships to men that are closer than to that of my own blood family. I have a worldwide brotherhood of men that grab life by the horns and does not let go. Like myself, these men know what it means to really live, not merely exist. Life would be extremely boring without that quest for excitement and danger that permeates my reason for being on this planet.”


Don has been a member for almost 3 years and has attended Inferno 3 times. Among the most memorable Inferno moments for him will always be the final brunch of the session. “It is the perfect way to end the year's session and to bond with the other members and guests to relive the experiences of the week,” says Don. Having been a guest of the club for nearly a decade, upon relocating to Chicago, CHC membership was a priority for him. “To be a part of an organization with so much history and that has had such a significant impact on the leather and kink community has been truly one of the great honors in my life.”Peter Fiske, a long time and now past member of CHC says “Inferno is one of the premier BDSM events and a spectacularly twisted summer camp. Everyone leaves with an Inferno grin, which takes several weeks to fade. Inferno, the event, and CHC, the club, are magical and very  valuable to the whole leather and fetish community. I have been to 20 Infernos. They are the strongest and happiest memories of my fifty years as a leatherman.”

At age 32, Chris has been a member of CHC for 8 years, but has been around the club for a decade. Having attended Inferno 8 times, one of his most memorable experiences was watching a needle scene, where a brother was sewn to a table with heavy fishing cable and ‘floated.’  The intense scene “ was jaw dropping and stomach wrenching.“ CHC  brotherhood, according to Chris, “ has helped me increase my knowledge and skills as well as grow my network of kinky people. In the play part it provides me with a place to play and help others play in a safe place to explore new activities.”

Over the years, the Club has raised tens of thousands of dollars for various charities including The Spanner Trust, The Leather Archives and Museum and others. The Club has also raised funds for The McAdory Fund and the Fireside Archives Preservation Fund. The McAdory FundThe McAdory Fund was started in memory of Michael "Mac" McAdory to provide financial assistance to members of the leather community whose health left them unable to pay rent, medical bills, or other necessities. It has distributed over $160,000 in assistance through the years, and remains open to any member of the leather community with an urgent financial need. CHC members are able to sponsor requests for assistance to non-members within the leather, S/M andkink community.

Chicago Hellfire now maintains the CHC-Fireside Archives Preservation Fund through the Leather Archives and Museum. The CHC Archives are a restricted collection at the LA&M which includes oral histories, 145 archival boxes, posters and memorabilia. Access to this rich and historic archive material is only granted through the President of the Chicago Hellfire Club.

Chicago Hellfire Club has a kinky form of continuing education in SMU, or S/M University. SMU conducts demos in bars as well as in the CHC clubhouse. SMU has also reached out to the pansexual community to build education programs for all types of kinky people.

CHC Today and Tomorrow43 years ago, 13 gay leathermen banded together around the ideas of brotherhood and consensual BD/SM interaction between men.  Much has changed since 1971. Leather and kink are now the main stream, how people meet and socialize is totally different, and we are on the verge of marriage equality for gay people.  CHC has grown and prospered because those original  ideas were sound, and have enabled the Club to take on challenges and embrace change, while remaining true to its core principles.

By learning, evolving and bringing in new members, new ideas, new energy and new ways of playing, the Chicago Hellfire Club remains a driving and significant force in the leather community.  It is a diverse group of 500+ men from around the world, many of them leaders in their home towns. These men, and the ones after them, will keep the club and its brotherhood vibrant and prosperous for many years to come.

There is no end in sight.

See you at Inferno.