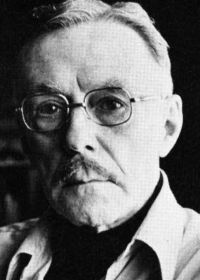 Steward started his career as a tattoo artist while employed as a professor at DePaul University.  In order to protect his university position and reputation, he took the name Phil Sparrow.  This was 1952 and tattooing was not the popular art form of today; it was the mark of military recruits, prisoners, and outlaws. For a gay man with an obsession for soldiers, sailors and rough trade to open a tattoo parlor in the roughest part of Chicago in 1952 was a personal and professional risk for Steward.  For DePaul administrators, Steward’s second career as Phil Sparrow did not fit their idea of a university professor and in 1956 DePaul refused to renew his teaching contract.

As tattoo artist "Phil Sparrow," Steward literally left his mark on a seemingly endless stream of young sailors and military men who fueled his sexual fantasies.  Later, in Oakland, California, Steward became official tattoo artist for the Hells Angels, who called him Doc Sparrow.  He mentored Ed Hardy and Cliff Raven—who went on to become two of the world’s best known tattoo artists.

For Steward, tattooing was sexually gratifying art.  If there was a hot young guy in uniform with a big dick and a fresh tattoo, Sam Steward was going to tattoo him, photograph him, have sex with him, and document the experience on a STUD FILE index card.  Inking also had its practical uses.  Early in his tattoo career, Steward inked an accurate ruler onto his forearm — “small red marks, barely visible to the nekkid eye,” he wrote — to verify or disprove various “fantastic claims.”

An author in his own right, Sam Steward enjoyed moving in literary circles and developed friendships and acquaintances with such figures as Thorton Wilder, Gertrude Stein, Alice B. Toklas, Christopher Isherwood, Thomas Mann, and André Gide.  He authored fiction and non-fiction under his own name including two Gertrude Stein-Alice B. Toklas mysteries featuring the famous lesbian couple as detectives. He also edited the book Dear Sammy: Letters from Gertrude Stein and Alice B. Toklas.  Readers of his articles in underground newspapers and magazines knew him as Ward Stames, Thomas Cave, and Phillip von Chicago.

Alfred Kinsey and the Institute for Sexual Research

The turbo-charged sexual life Steward enjoyed first in Chicago and later in the San Francisco Bay Area involved sex with men in uniform, laborers, military recruits, and criminals. The diaries and documentation Steward kept of these adventures catalogue his sexual obsessions:  flagellation, pain, group sex, public sex, sex with hustlers, and sex involving bondage and discipline, domination and submission. Perhaps his greatest sexual obsession was collecting, cataloguing, and memorializing his sexual exploits:  including drawings, paintings, sculptures and photography as well as fiction, diaries, letters, journals, statistical calculations, and his notorious STUD FILE.   All of this was of great personal and professional interest to famed sex researcher Alfred Kinsey--who met Steward in 1949.  Steward volunteered for Kinsey’s Institute for Sex Research Institute both as a research subject and as a research associate, and donated significant portions of his sexual records and fetish memorabilia to the Kinsey Institute during his lifetime—including a thousand page confessional journal.

Steward kept a green metal card catalog labeled "Stud File," a documented record on index cards of every sexual experience and partner over a period of more than 50 years.  Sam's special interest in paddling, flagellation, restraints, group sex, rough sex with no limits, and rough group sex with no limits are carefully described within the Stud File.  He engaged in these activities in the days before AIDs, but risk-taking and life-endangerment were important aspects of his more extreme sexual activities.

In addition to the sailors, bikers, boxers, outlaws, and hustlers Sam aggressively pursued, the Stud File also included cards for Rudolph Valentino (a month before his death at 31, when Steward was 17); Lord Alfred Douglas (lover of Oscar Wilde); Roy Fitzgerald (who became Rock Hudson); and Thorton Wilder.  No Kinsey.  He kept a lock of Valentino's pubic hair in a reliquary by his bedside for the rest of his life.  It was, however, working men rather than celebrities Steward found most compelling.  His lifelong search was for what he described as “the authentically masculine male.”

In the corners of each Stud File card, Steward recorded number and letter codes. Letter shorthand for penis size and shape (L for “Long,” Tk for “Thick,” C for “Circumsized,” Cl for “Clean,” B for “Bent,” H for “Huge,” B for “Beautifully shaped” in case you didn’t think there was an aesthetic as well to Steward’s obsession).  The number codes referred to the action:  5 for Piss, 6 for Spit, 9 for Trade, 50 for Several mutual, 96—Brown suck, 100—Jackpot, 88—Love & kisses, 13—Whips. . . .

Samuel Steward lived his sexual fantasies, obsessions and fetishes.  By even contemporary standards, events of his daily life would seem obscene to many.  His life is a mirror and window for leathermen and women.  A mirror for other sexual renegades, and a window into the politics of repression against homosexual activity and thought that permeated the formative and adult years of his life.  Steward didn’t identify himself as a leatherman, but would do almost anything for a hard mean top.  That he documented the details of his sexual obsessions is perhaps what he will be most remembered for.  He preserved the details of a life lived on the sexual edge that is both inspirational and cautionary.

Living alone in Berkeley, California, semi-impoverished and in poor health Steward died at 84 on New Year’s Eve 1993.  The cause was chronic pulmonary disease.  Shortly before his death, at a party in his honor hosted by the Golden State Peace Officers Association, a number of the officers told Steward how his Phil Andros stories had inspired them “to join the force.”

“He paid the price for being himself,” Justin Spring writes, “but at least he got to be himself.”

--by Jack Lock with very substantial help from Justin Spring

1SECRET HISTORIAN is a New York Times Notable Book of the Year, a 2010 National Book Award Finalist, a Top 10 Biography of the Year on Amazon, an American Library Association Stonewall Honor Book for 2011, a winner of the Lambda Literary Award in Biography; a winner of the Randy Shilts Prize for Gay Non-Fiction; and a winner of the Geoff Mains Non-Fiction Prize of the National Leather Association.  It's also a runner up for the PEN America Center/Weld Prize for Distinguished biography, an ARTFORUM Top 10 of 2010 pick and a Top 10 Book of the Year in the San Francisco Chronicle. For more information visit www.secrethistorian.com